The Rise Of China And The Importance Of Learning Mandarin

China’s growing importance in the world has convinced many of the importance of learning Mandarin, the most popular language in China. Chinese are involved in many businesses around the world including Hollywood, and if you want to increase your opportunities in the business world, you must consider learning Mandarin.

Famous world leaders such as Barack Obama and Mark Zuckerberg have also learned Chinese as their second language. In line with the increase in popularity, everyone has caught on as there are centers to learn Chinese, for kids and some of the best ways to learn mandarin online.

Some of the importance of learning Mandarin in today’s society include:

The spread of mandarin is wide, and there are several persons speaking the language, from Beijing to Singapore, there are so many persons using the language. If you have a desire to make your journey entertaining and communicate with the locals, it would be easier to do so online.

Chinese is considered as the biggest language in the world with about one-fifth of the entire world’s population speaks Chinese as their native language. By learning Chinese, you will be able to see a part of the world and enjoy the benefits that result.

One of the most important reasons to learn Chinese as a second issue is that it is very important in economics. The countries who use Chinese as their official language include Hong Kong, Taiwan, Singapore and China and it will be so much easier to gain access to this large share of business if you can converse in Chinese.

4. China has the Second Largest Economy in the World

China has the second largest economy in the world, second only to the United States and while most countries are stagnant, China has continued to meet and surpass growth forecasts predicted by CNBC and the likes. China has even recently become Germany’s largest trading partner, overtaking the United States of America.

5. It Helps You Understand the Chinese History and Culture

To fully understand Chinese history and culture, you need a thorough understanding of his texts. This is not to say you should begin thinking of such scenarios but there are times when such necessity arises, and you will then see the importance of learning Chinese and making connections to comprehend more on the values of Chinese society.

6. It Opens the Doors to More Job Opportunities

It is fair to assume that more foreigners are arriving to find work in China as teachers or to start their own business. Although Chinese is not essential for teaching, it would benefit your learning with colleagues and the children’s ward.

If you are serious about learning Mandarin, there are plenty of resources which will guide you on the best way to learn mandarin online. 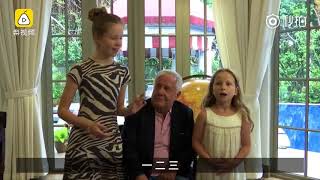 10 years from now, the overseas Chinese might not be the ones who are bilingual